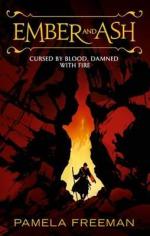 Ember and Ash is set in the Eleven Domains, twenty years after the events in the main trilogy.

Ember’s husband-to-be is murdered by a vengeful elemental god, who sees peace as a breach of faith. Set on retribution, she enlists the help of Ash, son of a seer. Together they will pit themselves against elementals of fire and ice in a last attempt to end the conflicts that have scarred their past.

You can read an extract of the book at Orbit Books. 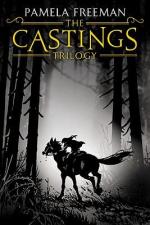 The Castings Trilogy in set in the Eleven Domains, a place where stonecasters tell the future and ghosts of the past still walk.

Bramble is impetuous with a talent for trouble, and she finds it when an accident brands her a criminal. She expects no mercy with her Traveller blood – so when the village gods warn her to flee, she takes to the road.

And in ghost-ridden Turvite, Ash takes on an apprenticeship, the only one available for a Traveller such as himself. Then his employer trains him to kill on demand and his future looks bleak.

But the gods have deeper plans for both Ash and Bramble. Their shared heritage grants them hidden strengths, which are needed to combat a new evil. Saker also remembers Travellers once owned this land. But he intends to take it back in vengeance, using enchantment and the blood of innocents.

The Trilogy is available in a single volume or separately. In Australia I recommend Booktopia or elsewhere from Amazon or in all good bookshops. 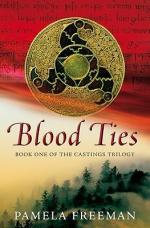 Blood Ties is the first volume of the Castings Trilogy.

In the Eleven Domains the Travellers are the despised, displaced remnants of a people displaced by invasion. For 1,000 years the conquering Warlords have ruled unopposed. But opposition comes from an unexpected direction, driven by an enchanter bent on revenge. In a land where ghosts walk for those who can see and the gods talk to those who can listen the future is uncertain and driven by a bloodsoaked past. 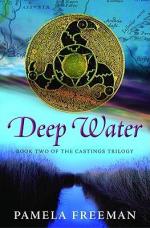 Deep Water is the second volume of the Castings Trilogy.

Just what did happen 1,000 years ago when Acton’s people came through Death Pass? Wild magic gives Bramble some unexpected insights into a history which may not be completely accurate. And why did Ash’s father not teach him the secret songs of the Travellers? Why do the Dead walk in ever increasing numbers? The ultimate answers are hidden in time and lie in deep water. 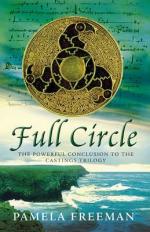 Full Circle is the third volume of the Castings Trilogy.

The Dead are devasting the Eleven Domains until even the mage who brought them forth begins to wonder if he did the right thing. But it looks to be too late. Yet the answer to the Dead lies in death and in rebirth and in the sacrifice of those who live and those who have already died. In the words of the Well of Secrets, the evil dead shall triumph over the evil living. If we’re lucky.